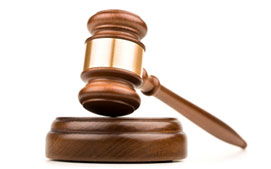 DECIDING BETWEEN RESOLVING DISPUTES VIA ARBITRATION OR BY ORDINARY COURTS

It is a well-known fact that Costa Rican Courts take a long time to resolve any kind of dispute. Typically, it could take five to seven years to obtain a final ruling in an ordinary lawsuit, which applies to most types of disputes and is the longest and most complex kind of proceeding.

In response to the lengthiness of our Courts, the necessity of providing a more expedite justice system and the need of relieving such entities from the burden of resolving cases that may be resolved by other instances, in 1997 the Costa Rican Congress (Asamblea Legislativa) issued Law 7727 (Law for Alternative Resolution of Conflicts). This Law allows the parties of a conflict to resolve their controversies through conciliation, mediation or arbitration.

Since then, some people automatically include an arbitration clause in all contracts.  As a matter of fact, there are individuals who do not feel comfortable if no arbitration clause is included and consider such clause as a must. Nonetheless, our experience with arbitration proceedings has not been as satisfactory as we would have desired. We must clarify, it is not that we are against arbitration as in some cases it is definitely the best way of resolving a case; however, we have come to the conclusion that including an arbitration clause in a contract should be analyzed carefully instead of using it by default or just because arbitration is perceived as faster than ordinary justice.

First of all, arbitration presents some deficiencies when it comes to the application of preventive measures, such as liens or seizures that the plaintiff can request before an ordinary Court to secure payment of a possible debt or indemnification. Arbitration Boards are not enabled to order such measures, therefore, one must request the preventive measure before an ordinary Court.

The problem is that our Code of Civil Proceedings not only requires for a bond equal to 25% of the amount of the seizure to be deposited in Court, but it also states that the main lawsuit needs to be filed within the month following the date in which the preventive measure was ordered. If the main lawsuit is not filed within that month, the bond is forfeited in favor of the defendant. This represents a problem for plaintiffs in arbitration proceedings as some of them are not initiated with the filing of a lawsuit; they are instead initiated with a request of arbitration. Afterwards, the plaintiffs have to wait for the other party to be notified about the existence of the arbitration requirement, which usually takes time and, in some cases, more than a month.

Some Courts have decided that the initial arbitration request does not have the same effects of the filing of the main lawsuit, namely not considering as fulfilled the obligation of filing the main lawsuit within a month after the preventive measure was ordered to avoid losing the 25% bond, which, in many cases, represents a considerable amount. This reasoning has caused plaintiffs to lose their bonds. In our opinion, this fact leads to conclude that Law 7727 does not provide the same rights and benefits to arbitration plaintiffs as such that are provided to plaintiffs who file before ordinary Courts.

Another issue we have detected in this area is that usually arbitrators are not as categorical in their decisions as ordinary Courts. We have perceived that arbitrators, instead, try to resolve the conflict in a way that is satisfactory to both parties and tend to deny petitions that would probably be awarded by a Court of law.

The cost of arbitration proceedings is also something that has caught our attention. Usually plaintiffs have to pay high costs in admission fees, arbitrators’ fees, administrative expenses and experts’ fees; all of the above on top of their attorney’s fees and of the costs and expenses for drafting and filing their lawsuits and preparing their evidence. Several, if not most, of such expenses are either not required to be paid in case of use of ordinary Courts, as the cost of justice administration is covered by the government, or are considerably lower in judicial proceedings. The above means that arbitration is something that is not accessible to everyone and its cost is something that has to be considered before committing to it and which may well be a deterrent to be able to litigate and defend oneself against breaches of contract and/or arbitrary measures by a counterparty.

We have also observed, mainly in cases of developers’ breach, a limitation to securing payment of an obligation or an indemnification through the assets of a project, especially when the development has been financed by means of a trust and the assets have been transferred to a trustee. In these cases, although the assets belong to the developer, the trustee must be sued as well in order to go after the assets; nonetheless, since contracts are usually signed with the developer and not with the trustee, the trustee is not obliged to submit to arbitration. The consequence of this is that the plaintiff may end up with an award ordering payment of an indemnification that cannot be enforced as it is not binding for the trustee, which cannot be included as a defendant in the arbitration procedures since such trustee, as explained, in most cases was not part of the agreement that established the arbitration clause. This causes arbitration to turn into an expensive way of proving a possible fraud, especially when you compare it to the venue of ordinary Courts, in which both the developer and the trustee can be sued. As a matter of fact, this problem is not so much an issue of arbitration proceedings, but an issue of entering into transactions without properly assessing their structure or the risks that their nature imply; however, these limitations can be sorted out if an arbitration clause is not included.

To conclude, although we believe that arbitration is a good alternative to avoid long judicial litigation proceedings, deciding on how controversies or conflicts will be resolved is something that must not be taken lightly; instead, it must be analyzed carefully to avoid losing benefits that one would otherwise have if ordinary justice is not waived.