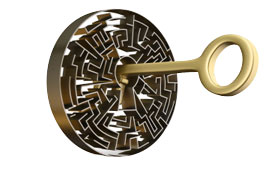 A well structured and complete construction contract is the key to avoid many problems when building in Costa Rica.  The more attention you give to detail in such agreement, and the more it actually reflects the way you envision your relationship with the builder and what is expected from him, the more possibilities you have for the final outcome to match what you projected and fall within the expected budget.

Very often, construction companies propose to clients very simple and standard agreements, which in most cases do not fully reflect or apply to the specific project and neglect to address many items.  This practice leads to frequent misunderstandings, on which, commonly, the client bears the consequences, which are mainly translated in additional expenses, lack of conformity with plans and, in some cases, the termination of the relationship between the parties before completion of the work, with its inherent complications.

When possible, and especially when you will not be able to dedicate a large percentage of your time to the construction, or when you are not willing or do not feel capable of controlling and purchasing every material and engage the work force, it is advisable to negotiate a contract which is usually referred to as “llave en mano” (literally, “key on hand”) which, to different extents, basically leaves the purchasing of materials, control of the workers, finishes, permits and, of course, construction, to the contractor.  In this case, materials and finishes are mainly selected by the owner either from a mutually agreed list or specifically on blue prints or an Appendix to the contract.

The level of detail in which these materials and finishes are entered into the agreement is crucial for guaranteeing that the final product actually corresponds to your wishes and expectations.  If such level of detail is being left for the architectural blueprints, it is important to make sure that such documents have it, since not all professionals deliver a good level of definition on their plans.

There are many other elements that should be present in construction agreements, which will offer the owner of the project a better level of protection, among them:


Although at a first glimpse, you might be concerned that the negotiation of the contract and of the details that have been pointed out in this article might cause some delays in the initiation of construction, this is really worthwhile and will strongly protect you against future problems which might cause major delays as well as compromise the outcome of the whole construction venture.  Take some time, get to work on these details and you will be hardly disappointed.