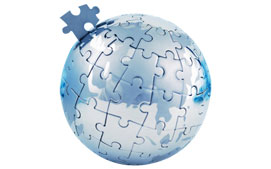 This report includes selected sections of the applicable law and its regulations, as well as practical issues addressed with top officials from the government and semi-government entities mainly involved in the treatment of this regime as well as input and real life conclusions from foreign companies currently doing business under the Free Zone structure in Costa Rica.

The Free Trade Zone Regime (FTZR) is defined in Costa Rica as a set of incentives and benefits granted by the country to companies making new investments and complying with local requirements and obligations. This regime is governed by the Free Zone Regime Law, Number 7210, and its regulations.

This is not a permanent regime. Limitations have been established regarding the length of the benefits and incentives it grants, as they are intended to promote new investments and not to provide certain companies with unlimited commercial advantages over time.

Companies that benefit from this regime establish their operations on Industrial Parks, which are specific areas, strictly destined to this kind of industries and companies. These areas are called Free Trade Zones (FTZ).

An authorization may be obtained for a company to establish its operations or part of such operations outside a Free Trade Zone, but these are exceptional cases, requiring for some specific cases to justify such operations, a higher investment and a more extensive approval process.

FTZs are supervised by a government entity called Promotora del Comercio Exterior (PROCOMER), which is a part of the Ministry of Foreign Trade of Costa Rica.

Companies that may benefit from this regime must be included in one or several out of the categories established by law, namely handling, processing, manufacture, production, repair and maintenance of goods, repackaging and redistribution of goods, and the provision of services for exportation or re-exportation.

A minimum initial investment of US$150,000.00 in fixed assets is required. This does not apply to companies that will be located in an area outside the “Gran Area Metropolitana Ampliada” or “GAMA” (the “GAMA” areas are basically specific areas located within the Central Valley), as such companies will have to invest a minimum initial investment of $100,000.00 on fixed assets. This investment must be completed within the first three years after the date of notification of the agreement granting the regime to the company.

Companies establishing operations on Free Trade Zones are required to comply with strict environmental policies, both local and international, and should be able to provide sufficient documentation proving their compliance with such.

With specific reference to companies providing services, Section 18 b) of the Free Zone Regime Law allows for such companies to “Provide and retain services to and from the companies of the Free Zones and the individuals or legal entities domiciled abroad, such as: financing, insurance, shipment, forwarding, documentation, supply, lease of buildings, maintenance and any others that may be convenient for the development of the Free Zone or the regime in general”.

Other types of companies, such as manufacturers, processors and producers may “Introduce, store, exhibit, pack, unpack, manufacture, process, produce, mount, assemble, refine, distill, purify, mix, transform and handle all kinds of merchandises, products, raw materials, components, packing material, containers and other commercial items for exportation or re-exportation, except for those which importation, commercialization or manufacture is prohibited by the laws of the Republic, with the reservations made in Articles 22 and 24 of this Law.”.

Outsourcing of services is possible under the law, and is a practice already successfully performed by other companies currently under local FTZR.  There is no limitation for such outsourcing as long as the services are given to foreign companies or entities locally established in free trade zones; if services will be given to companies operating locally out of a free zone, only a maximum of 50% of total sales can come from such clients. In a similar manner, local product sales for manufacturing exporting companies may only represent 25% of the total sales by the company, except for manufacturing companies of the “f” type, established on Section f) of Article 17 of the Free Trade Zone Regime Law, Number 7210, as such companies may make 100% of their sales to the local market, meaning that these companies will not require to export in order to be beneficiaries of the Free Trade Zone Regime.

Very methodical and formal bookkeeping is of true relevance regarding FTZ companies. Based on the fact that these entities are granted special privileges and incentives, the law requires strict bookkeeping and maintenance of records, especially when registering goods and services that are obtained by them free of taxes.

Several reports are periodically required by authorities, regarding a variety of matters related to the operation of the company and the tax-free goods and services they acquire. Extensive verifications of these and similar matters must be allowed by the beneficiary of the regime in order to comply with its duties. Other reports that FTZ companies are legally bound to provide are the ones pertaining to number of employees, compliance with investment levels and national added value.

The signing of a contract with PROCOMER is also a legal duty. This contract reflects the commitments acquired by the company, and the specific regulations set forth for each particular case by the executive resolution granting the regime.

Specific duties are always included in the executive resolution that grants the regime. These vary from company to company, and are usually the product of the negotiations that are established between the company and PROCOMER prior to the granting of the regime.

Special incentives are granted to companies operating under this regime. Most of the benefits are tax exemptions, but other types of incentives are also available to FTZ companies, as explained further in this document.

All incentives related to taxes are set forth in the FTZR law, and they are not subject to negotiation between the company and PROCOMER, as creation and/or elimination of taxes can only be made, in Costa Rica, by the means of a law.

The tax-related incentives, as established in article 20 of the FTZR Law are the following*:

1. For companies located in areas inside the Gran Area Metropolitana Ampliada, the exemption shall be one hundred percent (100%) for a term of up to eight years and fifty percent (50%) for the following four years.

2. For companies located in areas outside the Gran Area Metropolitana Ampliada, the exemption shall be one hundred percent (100%) for a term of up to twelve years and fifty percent (50%) for the following six years.

The term will start from the beneficiary company’s productive operation startup date, as long as such term does not exceed three years from the publication of the specific FTZ Agreement for the company.

1. If the re-investment exceeds twenty-five percent (25%) of the original investment, the exemption shall be for one additional year.

2. If the re-investment exceeds fifty percent (50%) of the original investment, the exemption shall be for two additional years.

3. If the re-investment exceeds seventy-five percent (75%) of the original investment, the exemption shall be for three additional years.

4. If the re-investment exceeds one hundred percent (100%) of the original investment, the exemption shall be for four additional years.

The additional exemption can only be granted to companies which original initial investment in fixed assets has amounted to at least two million U.S. dollars (US$2,000,000.00).

VII. Future changes on the regime and the WTO

According to the WTO Agreement on Subsidies and Countervailing Measures and all the extensions of the term for the subsidies granted on exports, which were granted to a group of countries, including Costa Rica, beginning on December 31, 2015 the tax exemptions on exports of goods, considered by WTO as subsidies, must be eliminated.  As a matter of fact, the regime was supposed to end by 2003, but such term was extended to 2007, with two extra years in order to proceed with the elimination of the regime, Finally an exception was made and another extension of the term was granted to a group of countries, among them Costa Rica, and for such reason the final date for the elimination was set as December 31, 2015.

As indicated above, this special regime is not bound to disappear as a direct effect of the Doha Qatar negotiations. The Free Trade Zone Regime is based on local laws that establish many other incentives.  As a result of the modification of the Free Trade Zone Law according to Law N° 8794 and of the Regulations to the Free Trade Zone Law, only manufacturing exporting companies (not the companies providing services, performing commercialization activities, or manufacturing companies of the “f” type) will be affected by the elimination of some of the current tax exemptions that such companies benefit from, and this will not happen until year 2015 and only in case there are no other changes or extensions to such term.

Manufacturing companies of the “f” type are companies that according to the modifications to the Free Trade Zone Law and to its Regulations have specific tax incentives notwithstanding the elimination of such incentives to manufacturing companies in year 2015. In order to apply for such category and to locate the company’s operation inside the GAMA area there is a specific classification of companies which are considered and selected as companies part of strategic investment sectors for the country, which are the ones that may apply to this category and location as indicated above. Other characteristics such as the location of the companies outside of the GAMA area, the amount of total investment and the number of employees that the company will have and maintain during its Free Trade Zone operation, are also relevant matters in order for a company to apply as manufacturing company of the “f” type.

*The application of the above indicated incentives may change according to the kind of activity that the company will perform, the location of such company, the amount of total investment and the amount of employees that it will have and maintain during its Free Trade Zone operation.