Differences Between S.A. and S.R.L. 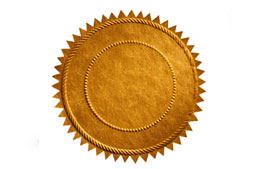 When you want to incorporate a Costa Rican limited liability company you may choose between a “Sociedad Anónima” and a “Sociedad de Responsabilidad Limitada”.  In both cases, shareholders are only responsible for their participation on the company’s social capital and their own personal assets are fully protected and out of reach from any potential creditor the company may have.  Both cases offer you the same range of possibilities for doing business and operating and the same level of personal asset protection.

In the “Sociedad Anónima”, also referred to as “S.A.”, the positions of President, Secretary and Treasurer are legally mandatory and must be occupied by three different individuals, therefore, it must have a Board of Directors of at least three members, as well as one Comptroller, who must not hold any powers of attorney on behalf of the company.

The “Sociedad de Responsabilidad Limitada”, also referred to as “S.R.L.”, “Limitada” or “Ltda”, is a simpler form than the “Sociedad Anónima” and in most cases fills-up the blanks on its legal treatment from the much broader regulation of the “Sociedad Anónima”S.R.L.’s are usually used if any of their special featuresare especially appealing to the investor, mainly:

(i) shares cannot be transferred to non-shareholders without the previous express consent of the other shareholders, who have a right of first refusal to purchase them and

(ii) they require, for their administration, no more than one individual (Manager), thus this is an especially appealing structure for cases in which the investor does not want to use and register (making public) the names of additional individuals to form part of what in the S.A. would be called a Board of Directors.